After a couple of weeks of waiting, the event was finally starting. The countdown ended, a Dj showed up and the show was on.

With she was rocking awesome beats as we waited and people were loving it.

The chat was going crazy, everybody saying hi and where they are joining from. Everybody was loving the music as the waiting for the event to start was building up.

Suddenly it happened. The Dj set started to play again from the beginning. I guess they were late with the opening but that didn’t matter.

The chat went up in flames as people felt played. It was as if they tried to fool us by pretending to be a live set.

From that moment on, they doubted everything they saw.

Whether they feel intimidated by technology or you want to have more control over the program. Whatever the case, your virtual event shouldn’t have pre-recorded talks.

Even if your speakers ask to record their talk in advance don’t let them. Especially the corporate ones!

They made the time and effort to show up and expect the speakers to do the same.

They planned their day around your event so that they could watch the talks live. If they want to watch recordings they would go to Youtube in their own free time.

The power of live video.

Live video creates scarcity, pushing people to take action. The “famous expert” speaker is talking now, and we as the audience, if we show up, we’ll have a direct connection with her.

Knowing this is what pushes people to make the effort to show up.

And thanks to live video’s raw and unedited nature, your speakers can practice their talks over and over and still feel authentic.

Driving the audience to connect and build trust with the speaker fast.

So avoid pre-recorded content as much as possible. Push your speakers to perform their talks live. Ensure they are trained and their tech checked to eliminate any issues during their presentations.

And if for some reason, you must show a pre-recorded talk, DO NOT pretend the talk is live if it isn’t. If you do, and you get caught, your audience will turn against you immediately.

It will be really hard to win them back after that.

Showing pre-recorded videos of the talks is easier and “safer” than producing the content live.

Making it’s easy to fall into the trap of a “safer” approach to avoid any tech hiccups.

If you hire the right crew and you followed their process during the preparation for the event, there is nothing to worry about.

So, when are pre-recorded videos ok?

When it’s to support a live presentation. Your speaker wants to support their point by showing a pre-recorded video produced by a 3rd party, that’s ok.

When the important politician or celebrity recorded a 5-minute video addressing YOUR audience.

When you invested the time to produce an opening video for your event to create excitement, then it’s ok.

To run video ads within your stream during the breaks to showcase your sponsors. Keep them short and engaging though. Nobody likes it when Youtube suddenly shows you an in-video ad.

If you are looking to get clarity on your vision and an action plan, click on the link to book a free strategy call with a BSEEN expert that will point you in the right direction.

But in the meantime, avoid showing pre-recorded videos. One is not the end of the world, but you definitely don’t want to encourage it.

And above all, let people know in advance by having somebody who is live introduce the video.

Get Free Strategic Tips Directly To Your Inbox

Enter your name and email below to get curated, high-quality content once a week with our free Virtual Event Success newsletter for Event Organizers. 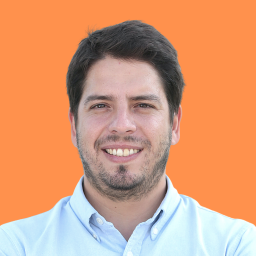 Founder & CEO of BSEEN, Juan is on a mission to help event organizers deliver professional and engaging virtual events that inspire people to take action.

Manage Cookie Consent
To provide the best experiences, we use technologies like cookies to store and/or access device information. Consenting to these technologies will allow us to process data such as browsing behavior or unique IDs on this site. Not consenting or withdrawing consent, may adversely affect certain features and functions.
Manage options Manage services Manage vendors Read more about these purposes
View preferences
{title} {title} {title}

Get Your Free Estimate

Please Answer The Questions Below And Submit The Form